As a church blessed by God’s grace and for His glory, under the leadership of the Drs. Frank M. Barker, Jr. and Harry L. Reeder III, Briarwood has been “the Flagship Church” of the PCA and is continuing to become an “Epicenter Church” for the Kingdom of God.

Click here to visit our History Room and Guest Reception. 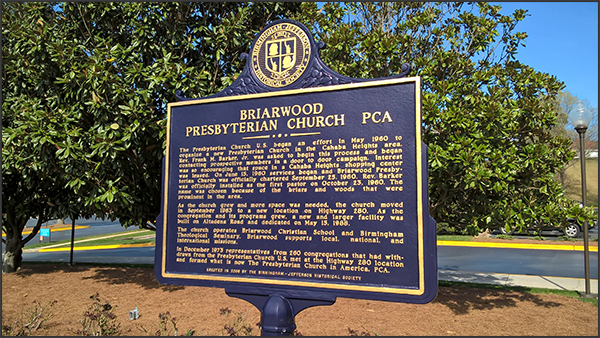 2010
Briarwood’s 50th Anniversary, The Year of Jubilee is celebrated

March 31, 2013
The Children’s Auditorium addition to the main campus opens.