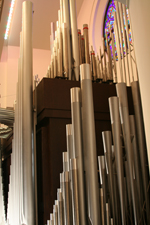 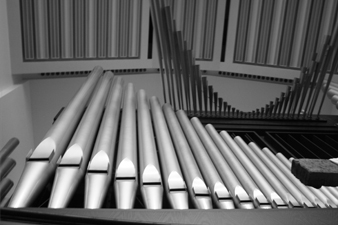 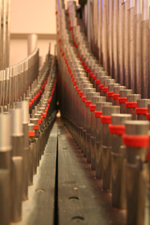 The Briarwood Organ was built by the Casavant Frères Company of St. Hyacinthe, Quebec, Canada. The firm traces its beginnings to 1837, when Joseph Casavant, a blacksmith by trade, was asked to restore the pipe organ at the College of Ste. Therese, near Montreal. Three years later he received his first contract for an entirely new organ. In the years that followed, the name Casavant became synonymous with the highest ideals in craftsmanship and organ building. 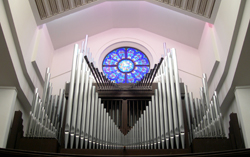 The Briarwood organ is Casavant’s opus 3644. With specifications drawn by consultant, Dr. H. Edward Tibbs, Jean-Louis Coignet and Donald Corbett of Casavant, and area representative Michael Payne, the tonal design is planned for use in all aspects of congregational worship as well as recital repertory.

The installation team of Roland Bonneau and Stephen LaMarsh took five weeks to complete their work. Voicers Gerald Archambault and Remi Bouchard spent another five weeks in the tonal finishing of the instrument (matching the sound of each pipe to the acoustic of the Sanctuary).

The organ, consisting of 4,629 pipes in 84 ranks, with 55 independent stops, is located immediately above and behind the choir area. The pipes of the Grand Orgue, Positif and Pedale are exposed, with the Recit and Solo enclosed in chambers. A central and distinctive feature is the Trompette-en-chamade, or horizontal trumpet, displayed above the Recit and Solo. This grand trumpet lends a sense of exhilaration and joy to festive occasions. The exposed pipework and central location of the organ not only provides visual beauty but also allows the instrument to speak directly to the choir and congregation. 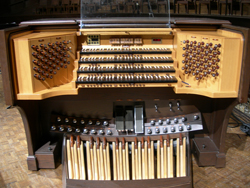 The console has four keyboards and pedal clavier. Internal casters provide the versatility of moving the console within the chancel area to meet the needs of Briarwood’s varied music program. The finish is of oak, to match surrounding furnishings. Manual natural keys are ebony; sharps are rosewood with ivory caps. Pedal natural keys are maple with sharps of rosewood. Drawknobs, tilting tablets, and combination thumb pistons are of rosewood.

Since the original installation was completed in 1988, several changes have been made to the Briarwood Organ. In 1994, the original 8-mode memory level was upgraded to 64 levels with adjustable crescendo (SSL). A 10-bell Zimbelstern was added and placed in the Solo enclosure in 1997. Casavant returned to the organ in 2001 and revoiced the 16’ Contrebasse, 16’ Subbass, and the 32’ and 16’ Bombarde of the Pedale division for more fundamental tone. The most recent work, done in 2008, was the removal and cleaning of the Grande Orgue and Positiv reeds. The 16’ Bombarde of the Grande Orgue was re-braced with new brackets due to metal fatigue. The Trompette En-Chamade was removed, cleaned, and revoiced to speak on 10” of wind pressure for a much more commanding sound.

The Briarwood Organ remains one of the best examples of French Organ building by the Casavant Firm.

LISTEN TO THE BRIARWOOD ORGAN (MP3)

Praise To the Lord, the Almighty

God of Grace and God of Glory 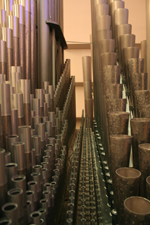 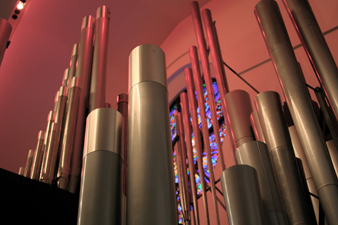 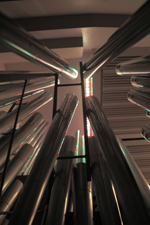