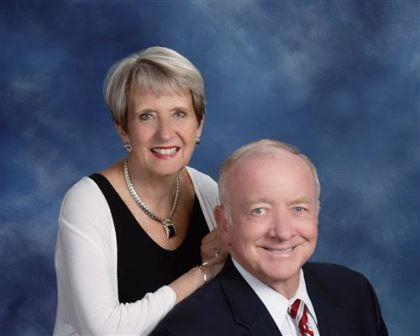 Pastor Reeder began his undergraduate work at East Carolina University.  After his marriage to Cindy, he withdrew in order to allow his wife to finish her BA degree in chemistry from UNCC.  During the first year of their marriage in 1969, Harry was called by the Gospel of grace in Jesus Christ to a personal relationship with the risen Savior.  After Cindy's graduation, he returned to East Carolina University.  Responding to God's call in his life to the Gospel ministry, he left ECU and finished his undergraduate work at Covenant College, graduating in 1974.  After finishing his B.A. Degree in History and Bible, he began to attend Tennessee Temple Seminary part-time while serving an Independent Bible Church as a student pastor.  Due to growing convictions in certain areas of theology and ecclesiology, Pastor Reeder resigned his charge in Chattanooga and went into a Pastorate of the Presbyterian Church in America in Miami, Florida—Pinelands Presbyterian Church—while completing a Master of Divinity degree with Westminster Seminary through the Florida Theological Center.  Pinelands Presbyterian Church enjoyed the blessing of God's sovereign grace and grew from an attendance of 50 to over 400 during his 3-year pastorate.

In February of 1983, Pastor Reeder was called to Christ Covenant Presbyterian Church as their founding Pastor.  The ministry began with 38 committed members and in seventeen years, attendance grew to over 3,000 during the Lord's Day morning worship services and a number of daughter churches being planted.

The Lord has also brought into existence a growing Bible teaching radio ministry entitled "In Perspective."  The program is heard Monday through Friday on a number of stations around the country. Pastor Reeder also has a ten-minute daily radio/podcast program called “Today in Perspective” as well as five minute devotional, “Fresh Bread.”

An increasing amount of his time is devoted to leadership development and Pastor Reeder has published a book called The Leadership Dynamic. In addition, Pastor Reeder also is engaged in conference ministries on Christian Manhood and Biblical Masculinity.

Additionally, he is devoted to the ministry of Church Revitalization hosting multiple “Embers to a Flame Conferences” both nationally and internationally each year.  Pastor Reeder completed his doctoral dissertation on The Biblical Paradigm of Church Revitalization and received his Doctor of Ministry Degree from Reformed Theological Seminary, Charlotte, North Carolina (where he serves as adjunct faculty member while holding the same status at Birmingham Theological Seminary, Birmingham, Alabama and Westminster Seminary, Philadelphia where he also serves on the Board of Trustees). He is the author of From Embers to a Flame – How God Can Revitalize Your Church with Presbyterian and Reformed Publishing Company.

Along with a number of published works he has recently contributed a chapter in the book,  John Calvin: A Heart for Devotion, Doctrine & Doxology on the life of John Calvin as a preacher for Ligonier Ministries to honor his 500th birthday. He also has a chapter, “Isis in the USA” in the Statism II book by Fortress Books.

Providentially, Pastor Reeder received a call from the Lord to become the Senior Pastor of Briarwood Presbyterian Church in Birmingham, Alabama in September of 1999. He continues to serve a growing and vibrant congregation committed to “…Equipping Christians for God’s glory to reach Birmingham and to reach the world for Christ…”

Get to know Pastor Reeder. Click here to see how to contact him and for other resources available online.